A successful year in the ‘cloud’ 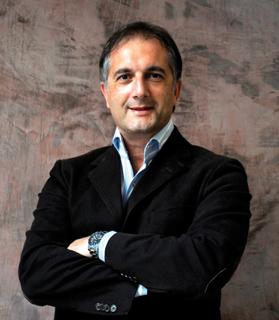 Interview with BMIT CEO in The Times -  Thursday, May 30, 2013 by Martin Debattista 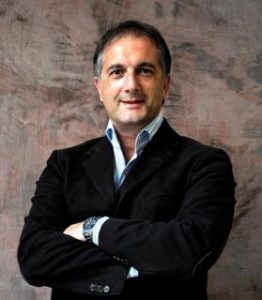 doesn’t go much beyond e-mail and file-sharing, ranking Malta down in the list of European countries. However the take-up is increasing slowly but surely and situation is changing.

This is the opinion of Christian Sammut, the chief executive officer of BMIT, a Go subsidiary which is positioning itself as one of the leading hosting and co-location services providers in Malta. Just over a year ago the company launched its groundbreaking cloud services platform, with an investment of over €1 million.

“Research has shown us that many Maltese companies are still relatively new to the concept of cloud. While many of us already use some form of cloud application, beyond e-mail and file sharing services the adoption of other cloud services is somewhat limited. At BMIT we believe that the availability of a locally based cloud provider will help overcome some of the challenges which may exist and will help de-mystify some of the misconceptions and concerns which evolve around the cloud,” Mr Sammut said.

“As a matter of fact, although we lag behind many European countries in terms of cloud adoption, we have experienced a gradual but continuous rise in the rate of locally-based companies, big and small, which have taken the plunge and have now subscribed to some cloud service from our own data centre.”

A company that provides its services to international clients, especially in the i-gaming sector, is bound to feel the effects of the international economic situation. BMIT was no exception, though the past year has been quite positive for the company.

“Every year has its own challenges and opportunities – 2012 was no exception,” admitted Mr Sammut.

“We in fact started the year aware of a dynamic and somewhat turbulent environment within the gaming industry all over Europe.

“Notwithstanding, I believe that Malta has fared relatively well in 2012 and has managed to remain one of Europe’s leading jurisdictions.

“During the past year we have worked hard at understanding our customer requirements and have consequently embarked upon a programme whereby we recognise the value of our custom and whereby we continue to improve our quality and service proposition. At the same time, we realise that an opportunity exists in developing new services and markets, even locally.”

Indeed BMIT has enhanced its managed services portfolio and early last year launched the first fully automated cloud platform in Malta. It is now a Microsoft Silver Hosting Partner, its data centres are PCI certified and the company has also achieved ISO 27001 accreditation.

This has not gone unnoticed, as BMIT has been short-listed for the ‘Datacentre of the Year Award’ at the EGR B2B Awards for 2013, to be held next week in London. The EGR B2B Awards are prestigious awards which celebrate the achievements of the very best service providers in the online gaming industry.

The magazine Gambling Insider in its April 2013 issue also interviewed Mr Sammut, though BMIT is trying to diversify and not just remain an i-gaming hosting services company.

When i-Tech spoke to Mr Sammut a year ago he identified the market size and the need to raise awareness and inform the market of the benefits that cloud services bring to businesses as two major challenges for the company. Has the situation changed?

“The dynamics and size of the local economy, its structure and culture, certainly influence and directly impact the rate of cloud adoption in Malta. These challenges will continue to exist for a number of years and as a result, we are continuously striving to reach out to local businesses, to raise the awareness and to adapt our service offering in line with local customer requirements,” replied BMIT’s CEO.

Asked about the role of government in supporting cloud services and the digital economy, he sees the government’s support as vital.

“The Government has announced its intention to develop a new strategy for developing the local digital economy. This together with many other initiatives undertaken by the previous administration, are vital for creating an environment which is conducive to the growth of the ICT economy as well as to the adoption of cloud services.

“We have launched a suite of cloud-enabled applications and services for small to medium sized as well as large enterprises. One idea which comes to mind is the inclusion of such and similar services within a government sponsored scheme to promote the adoption of cloud within micro SMEs and for such organisations to consequently benefit from tax credits commensurate with the level of investment made.”

The outlook for the immediate future looks good for BMIT but the company must continue to strive to provide the best services possible.

“First of all, we must continue to ensure that we provide the best level of service to our existing customers – in the way we serve them, in the way we support them and in the way we develop our relationships. Secondly, at BMIT we are on a journey, a journey which in 2013 will see BMIT consolidating its position in the market as the leading co-location, managed and cloud services provider,” concluded Mr Sammut.